Get to know the best free MMORPGs for PC that you can enjoy with your friends in 2022. Immerse yourself fully in universes as varied as they are epic, from medieval fantasy to outer space. We have tried to cover a wide range of games, so you will find new and old MMORPGs. We also tell you which MMORPGs have few requirements and which ones are in Spanish. Find out now!

In Albion Online you decide who you want to be and how you are going to play. It is an action-adventure MMORPG in which the economy plays a crucial role. In fact, one of the key factors to succeed in the game is knowing and taking advantage of trade, creating weapons and armor, growing food and collecting materials. Sure, you can also dedicate yourself to being the best fighter in Albion Online. As we said, only you decide! 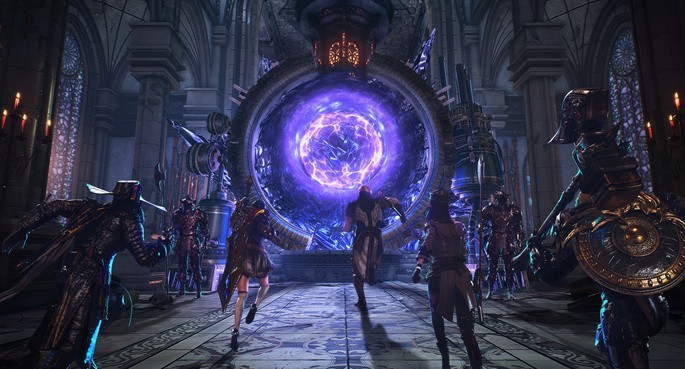 From the creators of TERA and PUBG, a curious combination, comes an interesting MMORPG to try. The world of ELYON faces two factions, the Vulpin and the Ontari, and you will participate in the conflict!

There are two main keys in this game. On the one hand, there is the Kingdom vs. Kingdom, with gigantic and impressive battles. On the other hand, ELYON allows you to create your own combat style with a series of resources and mechanics. It is curious to experiment with it! In addition to this, in this MMORPG you will explore portals and dungeons with endless resources and quests to complete. It’s not the best you’ll find in the genre, but it will entertain you for a good while. 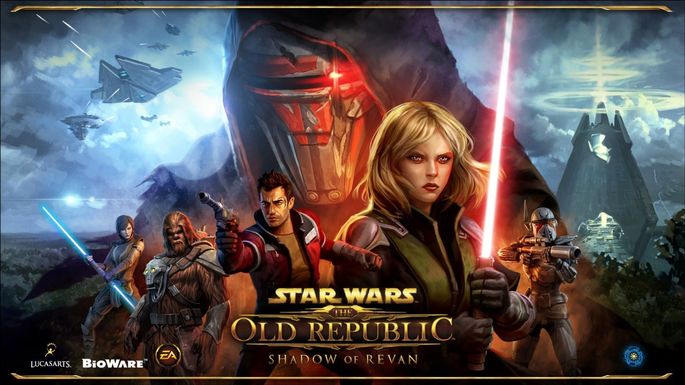 Star Wars is a franchise that has given us numerous quality games, and The Old Republic is one of them. Since it came out in 2011, this MMORPG has surprised us with its faithful recreation of the universe, including planets and races. What makes this game great is that we can opt for the light or dark side, and shape the story with our decisions. A great game to play with other fans! 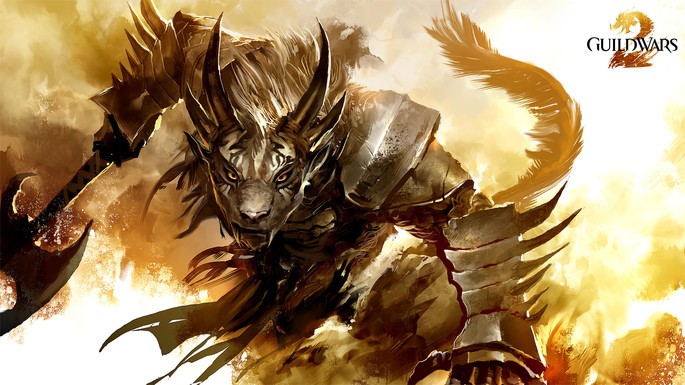 Guild Wars 2 is one of those MMORPGs that focus more on making you part of a story. Depending on the background, race and class chosen, the plot will have one development or another and you will go through shocking moments. You will trace your own history! Despite the fact that the main attraction is PvE, it also has a good PvP with which you can have fun for many afternoons. 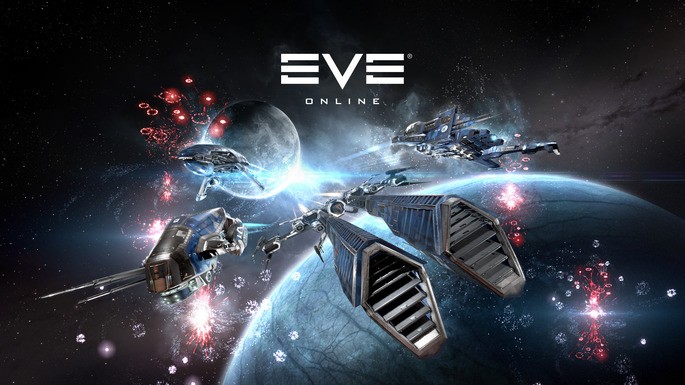 Almost two decades running! EVE Online is freedom, it is immensity. This space MMORPG is designed in such a way that the players themselves create the experience. You can just be an explorer and merchant, or get involved in politics and even participate in space wars between player-created factions. It is a game that, although it requires a lot of your time, is worth it if you love the idea of ​​immersing yourself in a futuristic and space world. 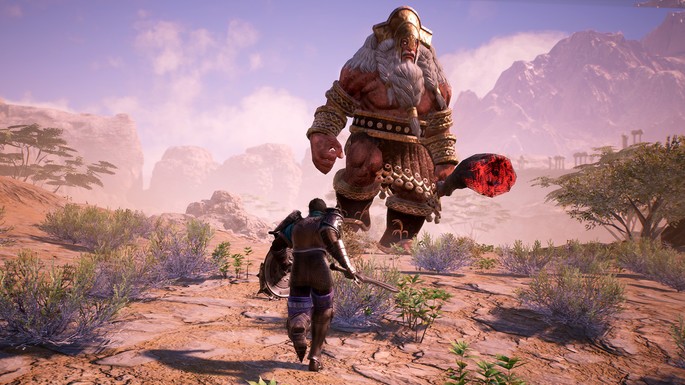 Bless Unleashed is an attractive option if you are looking for an action-focused MMORPG. Moreover, if you are looking for a game that you can play with a controller, this is ideal! Select from various races and classes, jump into battle and enjoy a powerful fighting system with which you can face fearsome enemies. You can choose to play alone or with multiple friends! 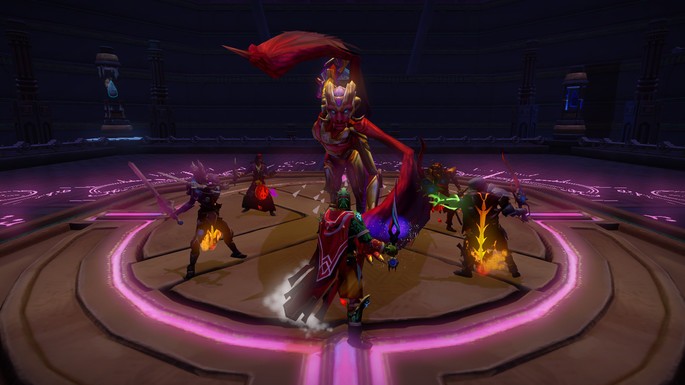 Both RuneScape and Old School RuneScape have been fighting for several years, but they are still in good health! RuneScape takes you into an exciting world of fantasy, ideal for adventure lovers. There are quite a few ways to play the game, from being a born explorer to a fierce combatant to a peaceful farmer. It is difficult to describe the game in a few words, but we can say the following: in RuneScape you have a lot of freedom of action!

While it is true that you must have a premium subscription to access all the content, you will enjoy several hours of entertainment in the free version of both games. 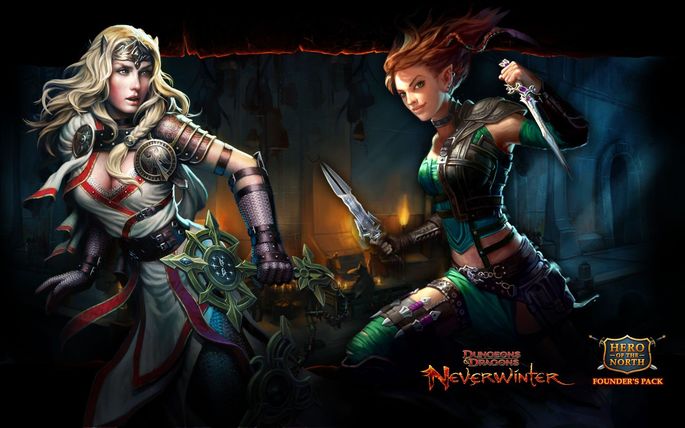 Neverwinter is an MMORPG that takes the Dungeons & Dragons universe and rules and puts a twist on it with its approach to action. It features an exciting world to explore and discover, with epic moments and spectacular combat where your skill and reflexes count. If you know other friends who are passionate about this universe, do not hesitate to encourage them and give it a try! 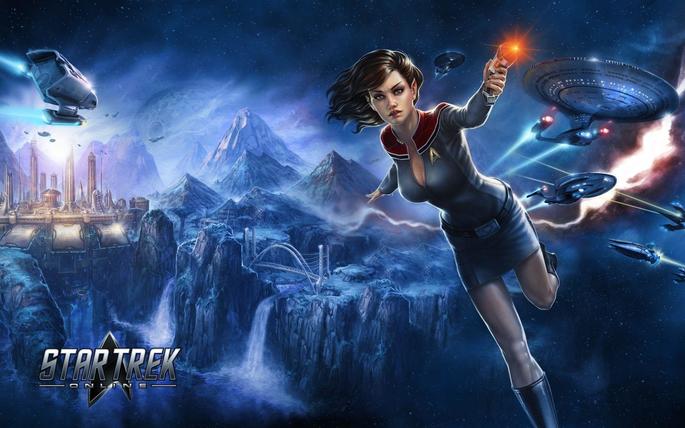 If you love the Star Trek series or movies, you’re in luck. In Star Trek Online, you will be the captain of a ship and crew and you will live diverse stories that have nothing to envy to the series. The plot in this MMORPG is divided into chapters and allows you to experience Star Trek through the eyes of one faction or another. There is no lack of foot combat or space battles. Is incredible! 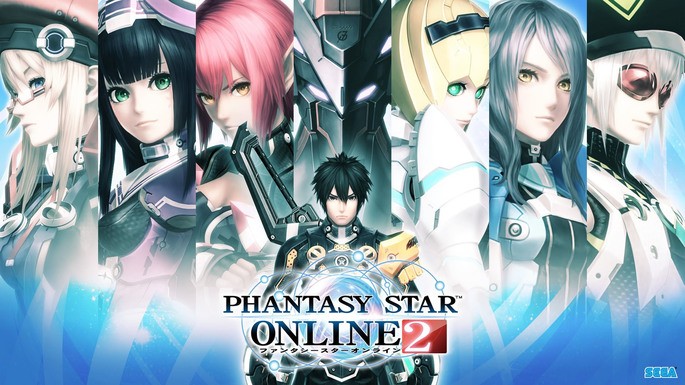 Phantasy Star Online 2 just adopted the model in 2022 Free-to-Play. Combat is the main element of the game, so all character development is focused on that avenue. There are several planets that you can visit, each with its own environment and enemies. With 4 races and 9 classes at your disposal, you will find in Phantasy Star Online 2 a fun MMORPG to play without having to pay. 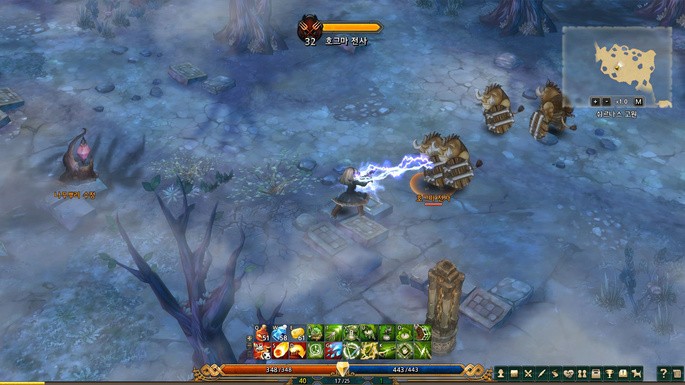 Tree of Savior is an isometric view MMORPG that, far from being one of the most popular, has good activity. The key term in this game is “quantity”. For example, there are numerous possible combinations of classes and ranks, allowing you a very high level of customization. In addition, you will have the opportunity to fight against a couple of hundred bosses. They are enough!

As for the PvP aspect of the game, you will be able to participate in team battle leagues and even take part in Clan vs. Clan. In fact, if you run into rival clans in the middle of an adventure or dungeon, be prepared: a battle may break out! 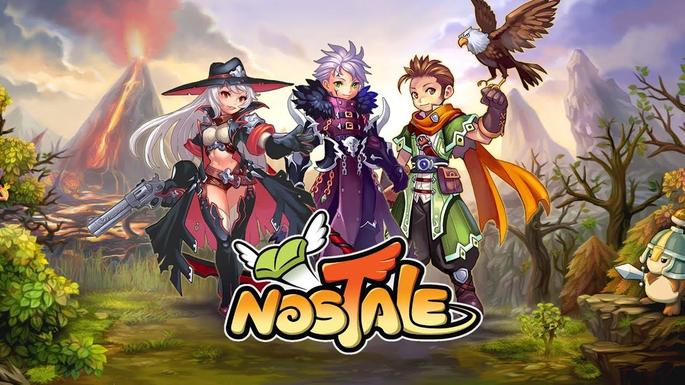 NosTale is one of the classic MMORPGs that is still being played today. Looking for a game with raid? Well here you have them in abundance! It contains more than 25 classes, pets that will accompany you at all times, lots of scenarios and missions… With NosTale you won’t get bored, especially if you join a group active in the game.

The Lord of the Rings Online 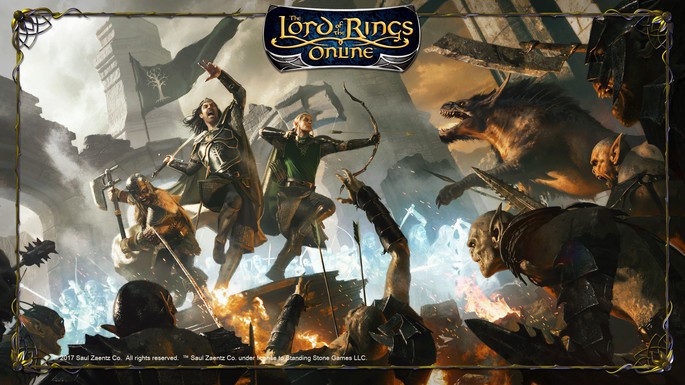 Maybe you are a fan of The Lord of the Rings? If you are or, better yet, your friends are too, don’t miss the opportunity to immerse yourself in that universe with The Lord of the Rings Online. The recreation of Tolkien’s world is amazing, and you will surely recognize many areas thanks to the books and movies. Be whoever you want in Middle-earth, and make a name for yourself that everyone will remember! 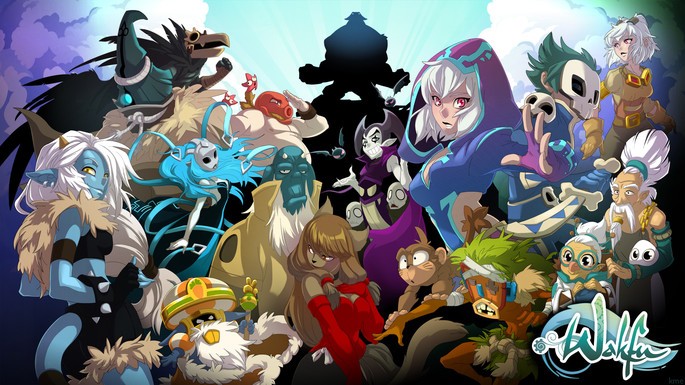 Wakfu is a rather curious MMORPG. First of all, the fights are turn-based on a battlefield divided into grids, as if it were a game of tactical strategy. Cooperation with your peers is vital! But Wakfu offers much more: you can help rebuild the world and shape a new nation. In fact, you can even be a governor. The whole world in your hands! 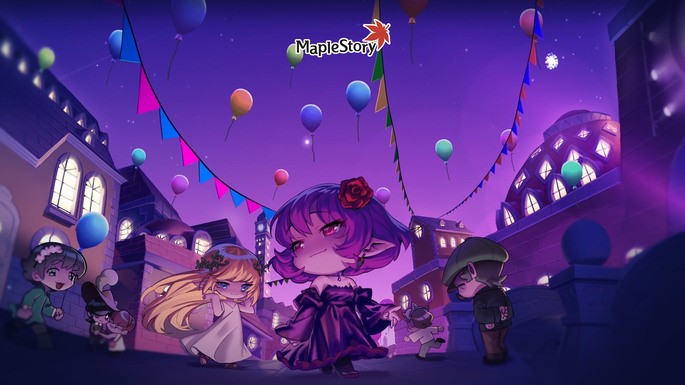 MapleStory is another game that is still active, after more than 15 years active. It’s different for the simple fact of being in 2D, moving from side to side. It is an action MMORPG with an emphasis on dungeons and powerful boss fights. There are numerous classes to choose from, making it a perfect game to join in a large group and bring something to the fight with your specialty.

TERA (The Exiled Realm of Arborea) 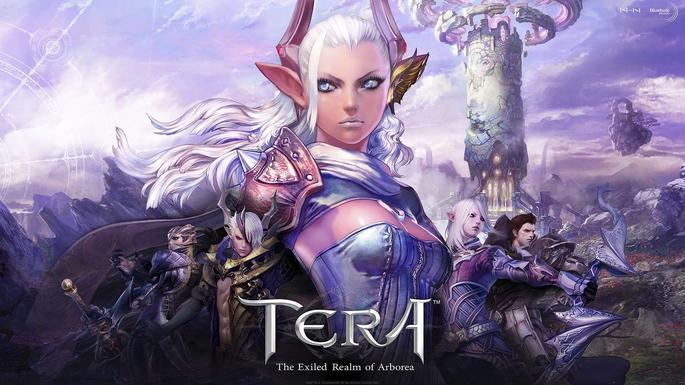 TERA was one of the MMORPGs that had a great boom on his official departure and for various reasons. On the one hand, the combat was a breath of fresh air, since it is necessary to hit or dodge attacks and abilities. On the other, visually it was and is attractive, because it puts us in an exciting world to explore. Nowadays, although it is not as popular, it is equally enjoyable if you play with a group of friends. With so many big enemies in TERA, you’re going to need some help! 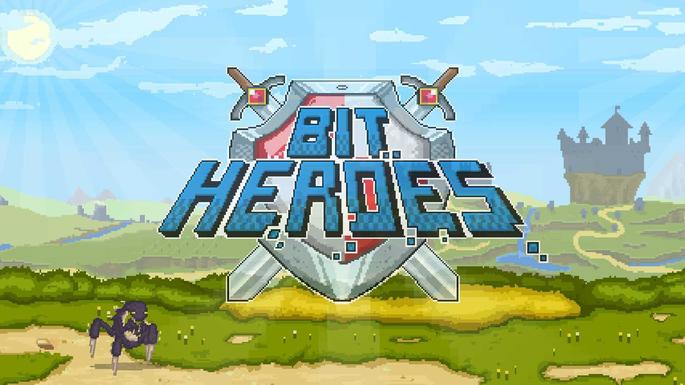 Bit Heroes, as its name suggests, makes use of an aesthetic reminiscent of the 8 and 16 bit classics. The fights are turn-based and have an interesting twist: you can capture monsters (and bosses!) to fight by your side. Bit Heroes is an MMORPG that requires a lot of time until you have a strong team, but the process is enjoyable. As long as you like retro games, of course! 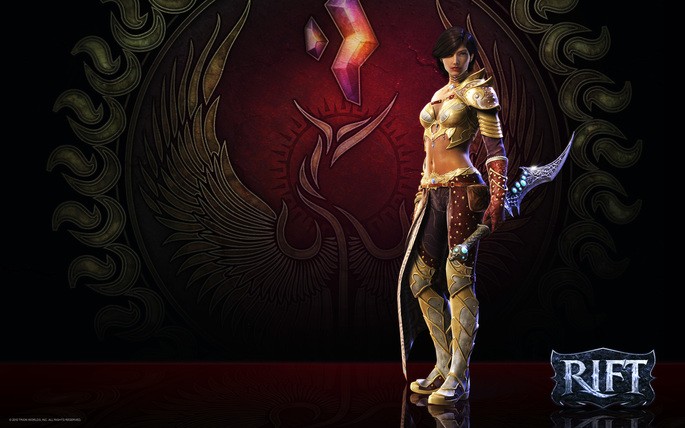 RIFT is a titanic MMORPG. The scale of combat is usually large, be it against legions of enemies in PvE or PvP. This comes in conjunction with a very good class system, which gives you a great deal of freedom in selecting your skills and abilities. You can enjoy a lot of content without paying and, above all, enjoy raid and group dungeons where cooperation is everything. An unforgettable MMORPG! 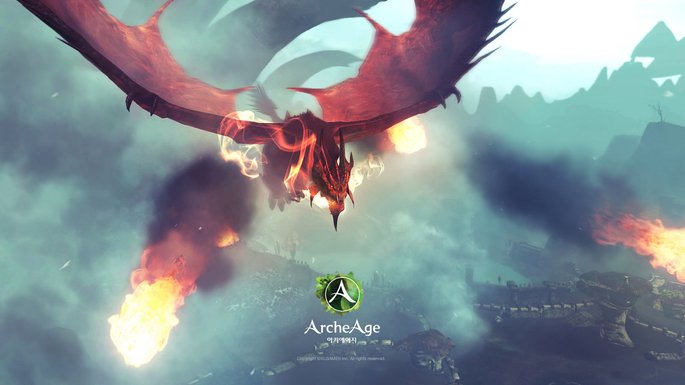 Not to be confused with ArcheAge: Unchained! It is convenient to play the F2P version of ArcheAge with a good group of friends. It is an MMORPG in which sieges are the order of the day, since one can build a castle and declare dominion over the land. And ruling is not so easy! The game offers quite a few things to do, but the main thing is to find allies and fight for the glory of your group. One thing we will say: the battles leave us speechless!

Realm of the Mad God Exalt

Realm of the Mad God Exalt is the new version of the impressive game that came out in 2011. Now renewed with the Unity engine, this MMORPG continues to offer the same as before, but better. And what does it offer? Fighting in the purest style bullet hell, with nonstop gunfire and an overwhelming need to dodge. Keep in mind that death is permanent; if your life drops to 0, it’s over! As a cooperative MMORPG, Realm of the Mad God Exalt is one of the best, hands down.

If you liked the article, we encourage you to go through others that we have in Liga de Gamers: