PlayStation 5 presents games of great quality and of different genres in its catalog. Few months have passed and the console has already received several excellent titles. From exclusive PS5 games to cross-platform or free-to-play titles, discover more than twenty incredible games that you shouldn’t miss.

Marvel’s Spider-Man: Miles Morales is a spectacular action game, with combat scenes that will make you feel like Spider-Man himself. In this new story from the Spider-Man universe, Miles Morales follows in the footsteps of his mentor, Peter Parker. A threat arises on the streets of New York, forcing Miles to take on the mentor’s baton to face the enemy. 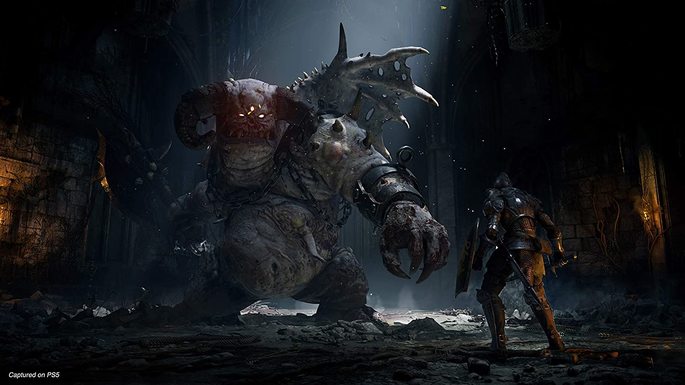 Demon’s Souls for PlayStation 5 is an improved version, rebuilt from the ground up. The end result blew us away! Whether you’re a veteran or a first timer, Demon’s Souls is an action RPG well worth playing. It challenges you with challenging combat and cruel scenarios with unpleasant surprises. Discover an exciting world and become the ultimate demon slayer. 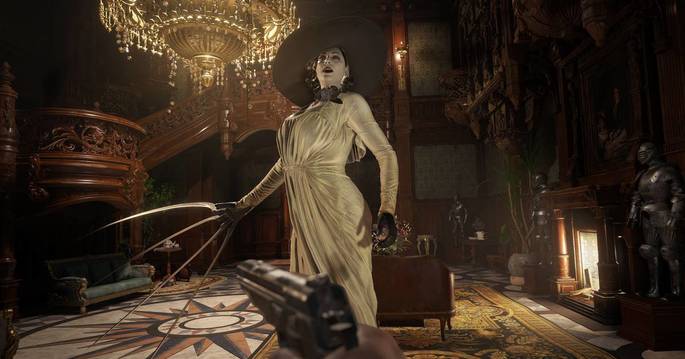 The eighth installment of the main saga has dazzled many players around the world. Resident Evil Village mixes very well the elements of horror and action, and captivates with its great setting. It brings us something new to the saga, with new types of enemies that roam in a most disturbing town. If you’re a fan of Resident Evil 4 and 7, this installment combines aspects of both games! 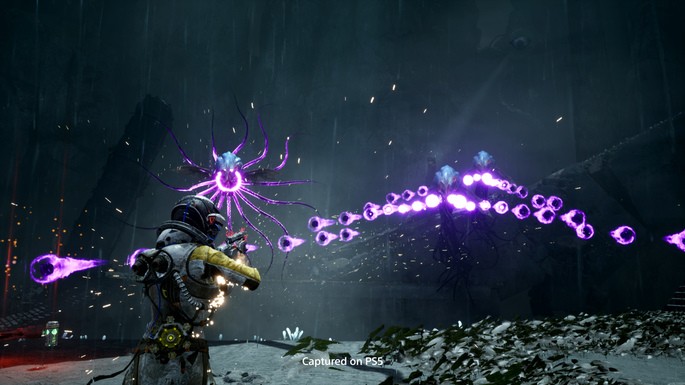 Returnal is one of the great surprises that has come out on PlayStation 5. You are facing a shooting game roguelike that puts you in the shoes of Selena, a woman who has crashed on an alien planet. To get out of there, he must fight with all his might and defeat every enemy on the way. However, there is a catch! Upon death, the planet and your team change, and you start over from the beginning. Do you accept the challenge? 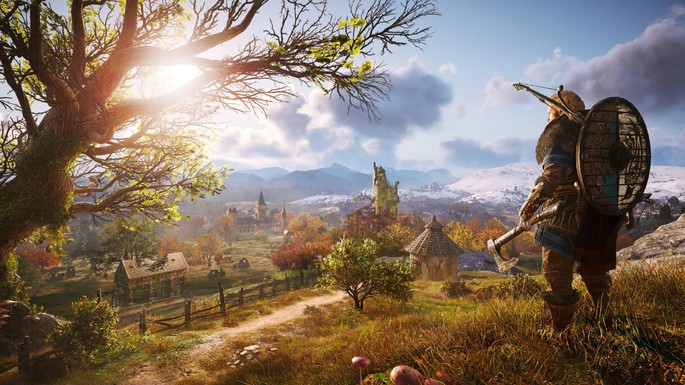 Assassin’s Creed Valhalla embarks you on the journey of Eivor, a Viking who enters English lands in the midst of conflicts and wars. It is one of the most complete and longest Assassin’s Creed that you can enjoy today. It has endless missions to overcome, and stories to live. Although the action is the main element, stealth is at times a key factor. Fight for Viking glory! 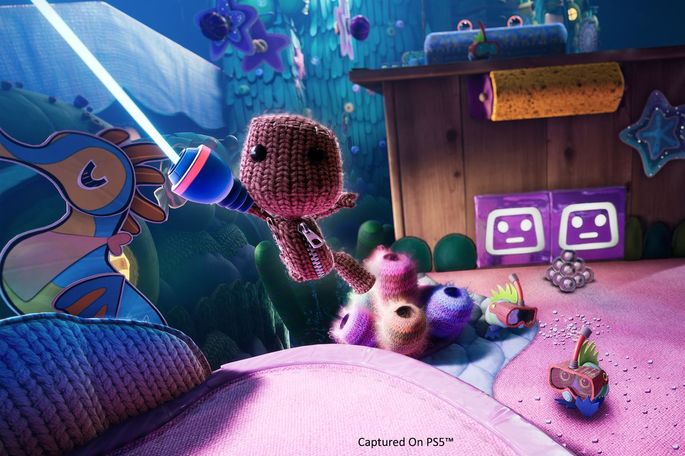 Sackboy: Big Adventure is a game that is part of the Little Big Planet universe. As those games were, this is also a very fun platformer to play alone or with other people. It is an ideal game for the family! On this occasion, yes, we move completely in 3D, which brings freshness to the confrontations and ways to overcome the levels. 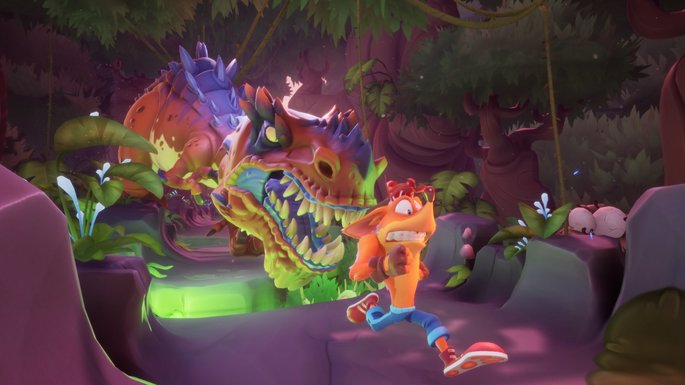 It was about time, of course! Crash Bandicoot 4: It’s About Time is the impressive return of one of the most important platform sagas. In addition to giving a face lift, this delivery takes us to a reality in which times are mixed. Many levels are a great challenge, especially if you want to perfect and platinum the game. A must have for Crash fans. 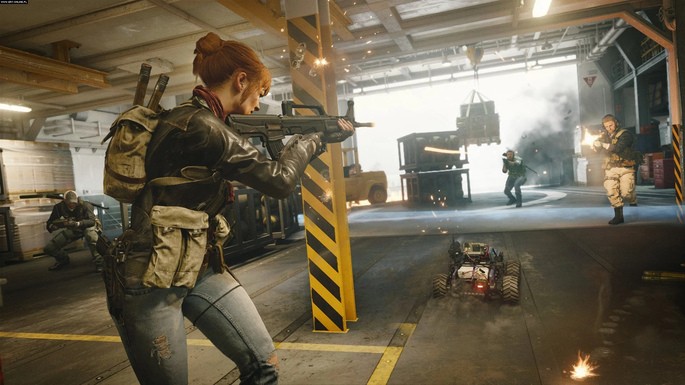 Call of Duty: Black Ops Cold War places us in the context of the cruel Cold War, specifically at the beginning of the 80s. It rescues the ever-so-addictive gameplay, with heart-stopping graphics and a powerful arsenal of weapons. you can enjoy this shooter intense both in its campaign mode and in multiplayer. And, of course, the zombies are back once again! 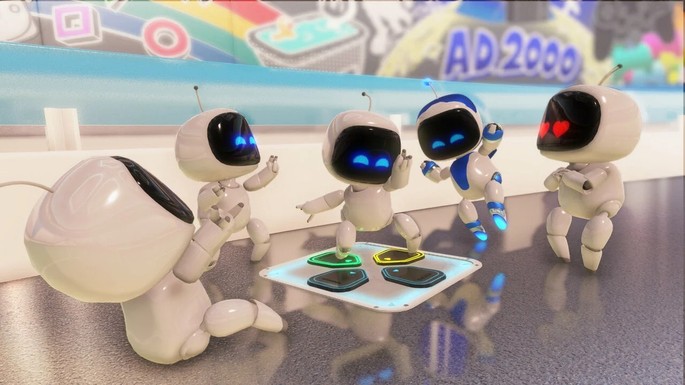 Astro’s Playroom is, in addition to a game, an experiment that tests all the possibilities of DualSense. It is a platform in which you will fully experience what the PlayStation 5 controller offers. You will be able to feel it all; from the jumps to the fights, the sensation is unique. It’s a free game, so don’t hesitate to try it out! 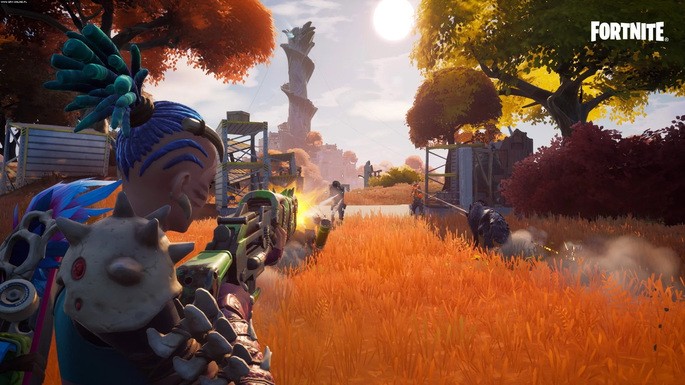 Fortnite barely needs an introduction! This game is available on PlayStation 5, and it gives you the possibility to enjoy the charismatic games at 120 FPS. Save the World is a paid mode, but Battle Royale and Creative Mode are free and allow you to play with people from all over the world. Experience intense matches, unlock amazing cosmetics, and become the last player standing! 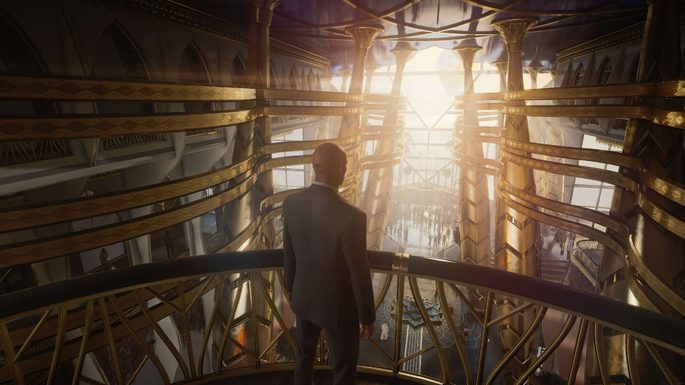 The trilogy comes to an end with Hitman 3, a game that closes the adventures of our favorite assassin with a flourish. It looks spectacular on PlayStation 5, but what we most want to highlight are the possibilities offered by its gameplay. For each mission, your task is to observe and make your way to your targets. How you meet the objectives is in your hands. Each mission can be solved in various ways! 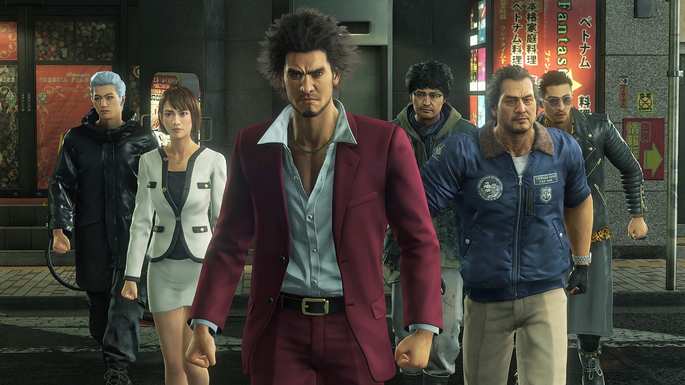 Yakuza: Like a Dragon is a hilarious action RPG that knows how to mix comedy and serious moments well. This installment is a 180 degree turn in some aspects for the saga. On the one hand, there are turn-based combat, a drastic change after many games with real-time combat. On the other, we embody a new protagonist, who seeks the truth after the betrayal of his yakuza family. 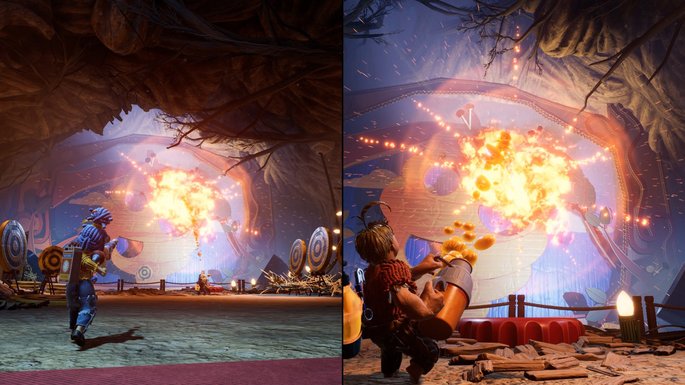 It Takes Two is an endearing adventure about a marriage that is about to break up. Trapped in a fantasy world, the pair have to work together to complete puzzles and coordinate to overcome all obstacles. Along the way, you’ll witness the couple become closer than ever in a heartwarming relationship story. To play cooperatively, only one of the players needs to purchase the game! 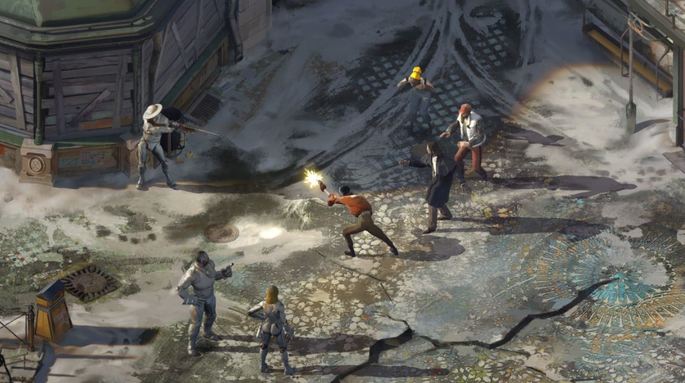 The definitive version of Disco Elysium is available on PlayStation 5; It is an opportunity you should not miss! It is an RPG that gives you deep freedom of action and decision. You take on the role of a detective who is tasked with solving crimes. Unfortunately, the town the game is set in is anything but friendly. Will you be a good detective or a disastrous person? 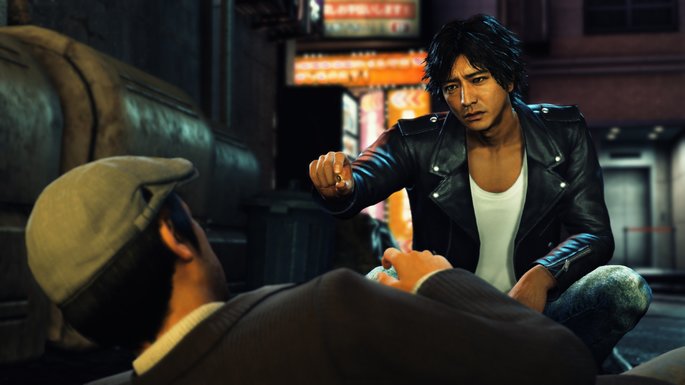 Judgment is an action, investigation and psychological thriller game based on the Yakuza universe. You play as Takayuki Yagami, a man seeking his own redemption while investigating macabre murders. It’s a story that knows how to keep you interested, accompanied by amazing sequences and a sublime combat system. 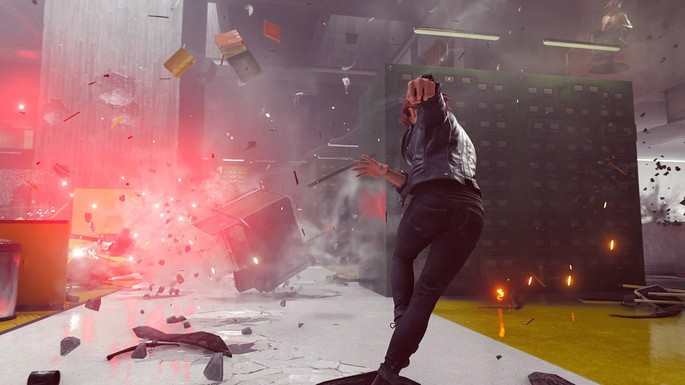 Control is one of those action shooter games with great audio visuals, and now it’s even better on PlayStation 5! A corrupt presence has invaded the Federal Control Agency and only you can stop it. The entire environment serves as a weapon, allowing you to generate combat situations full of impressive effects. A unique game that is worth trying. 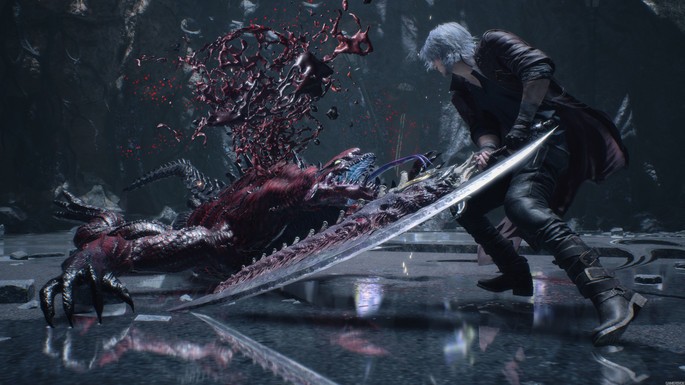 Dante and Nero return in an installment that doesn’t skimp on brutality, fast-paced action and a catchy soundtrack. Devil May Cry 5 Special Edition is the improved and expanded version of the game, giving you the opportunity to play as Vergil. As an action game hack’n slashThis is one of the best in recent years. Each character’s gameplay is unique, and if you’re looking to do 100%, you have plenty of challenges to complete and secrets to find! 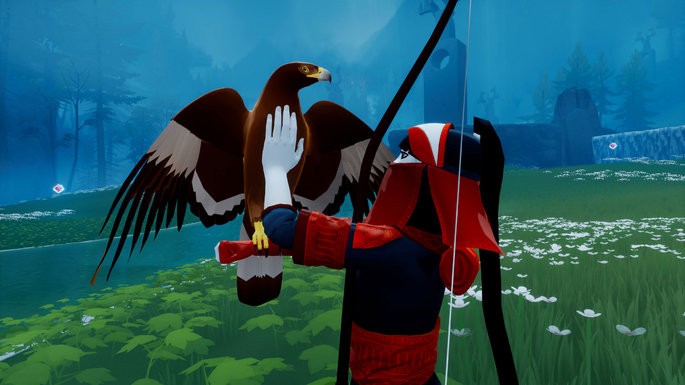 The Pathless puts you in the shoes of a hunter who wants to end the darkness that plagues the world. She is a very skilled combatant with the bow and can perform impressive acrobatics. Helped by an eagle, make your way through a world full of secrets and puzzles to solve. Despite being a somewhat short game, you will surely enjoy every minute. 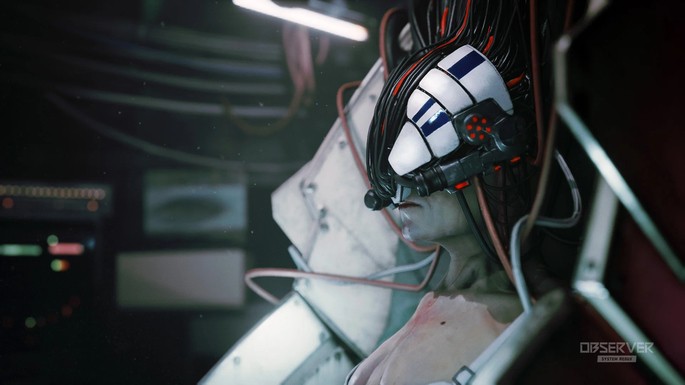 Observer: System Redux is a new version of the psychological horror game, adapted for the PlayStation 5 console. It improves the graphic quality to an amazing level and takes advantage of some features of the DualSense controller. Become an Observer, a detective who hacks into other people’s minds to find clues and solve crimes. What you find in them will not always be pretty… 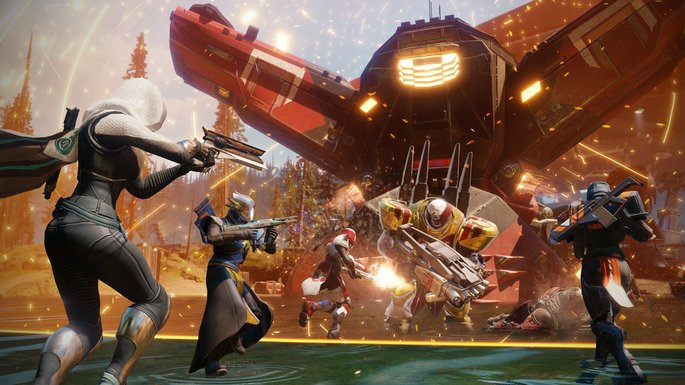 Destiny 2 is a looter shooter with dozens of hours of content for both single player and multiplayer. Whether you enjoy cooperative or competitive play, Destiny 2 offers intense matches set in an engaging world. Select your preferred class and develop your character into a full-fledged soldier. Many challenges await you in this futuristic world! 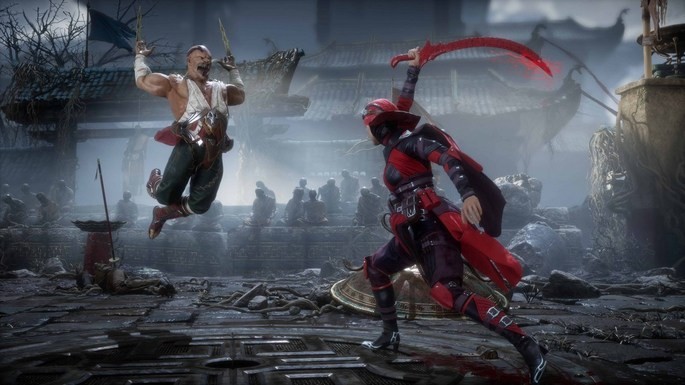 The king of the wildest and bloodiest fights has landed on PlayStation 5! The Ultimate edition includes all the DLCs released to date, which translates into a brutal roster of characters. From classic characters to famous guests, control your favorite fighter and destroy the opponent with fatalities. No mercy! 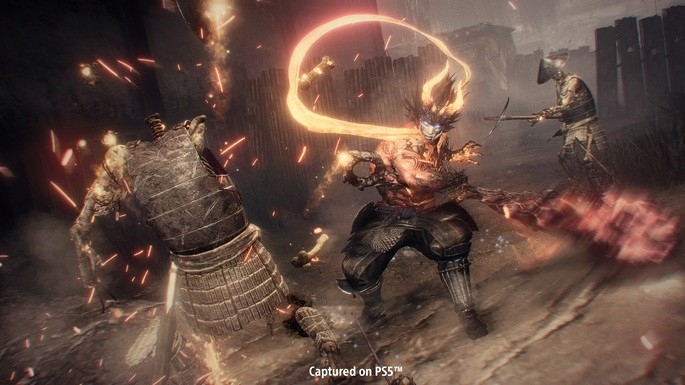 For everyone who loves the Souls and Bloodborne saga, Nioh is an excellent alternative. With this collection you will have the remastered versions of Nioh 1 and 2, and they can run at 120 FPS. Be a mighty samurai in feudal Japan infested with fearsome enemies. Face challenging bosses and defeat them with your skill as your best ally. 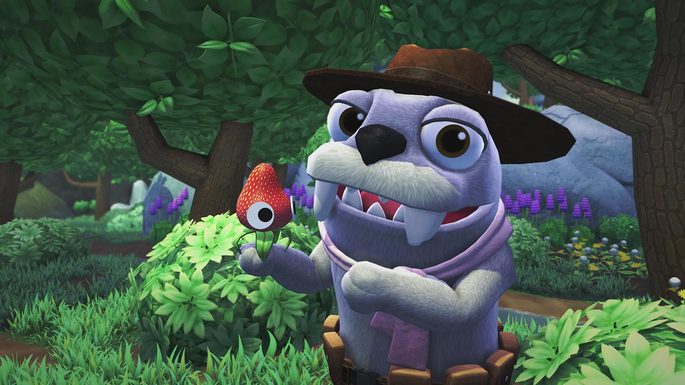 Bugsnax is a very nice adventure game to spend some relaxing time on Snaktooth Island. In it, you search for and catch many species of creatures called Bugsnax. On your quest to find out what happened to the explorer Elizabeth Megafig, you will go through various scenarios and meet many cute characters. You will be well accompanied!

The best games for PS4