Today, mobile shooting games are quite close in quality to those on other platforms. If you are looking for a good shooter or hang out trying to survive, here is a list of the best shooting games to play on mobile. You’ll find that some are innovative in gameplay, some have better graphics, but they’re all fun!

Get to know the list of the 12 best free shooting games for Android!

This is the game that turned the genre battle royale in the new world fever, so it could not be missing from this list. has no way offline; you will always play against other players. As in the rest of the games of this genre, you will start in a huge battlefield with a single objective: to be the last survivor of the game.

PUBG Mobile is one of the most complete shooting games: it contains several modes, 1st or 3rd person perspective, control configuration options, constant updates, everything! In fact, a big advantage is being able to play solo, in a duo, or as part of a squad. 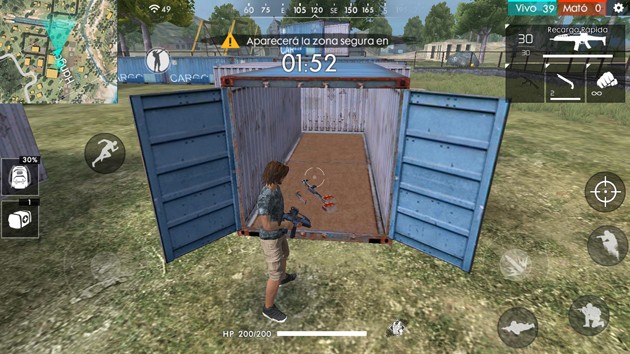 It is a game quite similar to PUBG but it has its own flavor. Matches are faster because there are 50 players on the battlefield, not 100 like in other cases. Maps are smaller, but weapons and ammo are plentiful, so you’ll have plenty of action.

One of the novel aspects of Free Fire is being able to choose between different characters, each with their own abilities. In addition to giving you small advantages, these can be combined until you have three in a single character. You will be a difficult player to eliminate! Of course, there is no shortage of cosmetics that serve to dress your character the way you want. 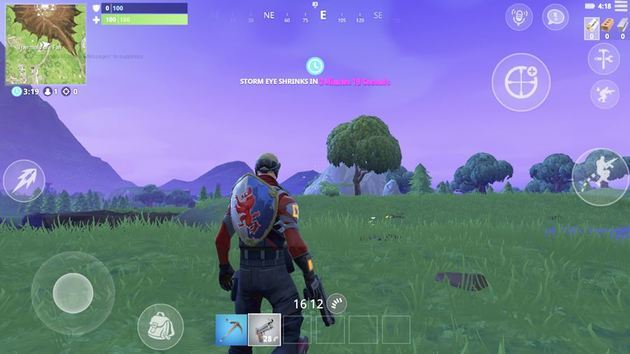 It is impossible not to talk about Fortnite when we talk about a game that has shots. When it was officially released, it swept the entire world and gained a lot of popularity within a few months. The concept battle royale was gaining steam and of course shooting games were already booming.

However, Fortnite innovated with the material and construction system, both to reach places that are unreachable on foot, and to have extra protection. It is a game that tests the creativity of the player to survive all kinds of threats. And if you’re afraid the game might get repetitive, there’s nothing to worry about! The game is constantly updated with events, additions and changes. 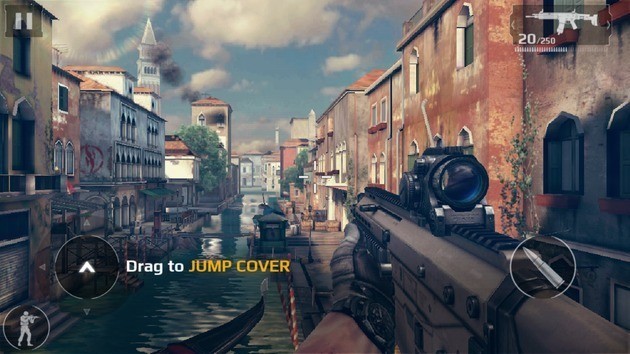 Modern Combat 5 is without a doubt one of the most popular games for Android. It is known as the “Call of Duty for mobile”, and has a large arsenal of weapons, accessories and vehicles.

This classic FPS has campaign mode and multiplayer mode. The campaign is made up of solo missions that last between 5 and 10 minutes. On the other hand, the multiplayer contains different modes such as platoon against platoon or capture the flag, among others. Modern Combat 5 is also the first in the franchise to include a class system. In this way, your character will gain specific perks and abilities, allowing each player to develop their own style of play.

Unfortunately, to enjoy the game, including the campaign mode, you will need to always be connected to the Internet. 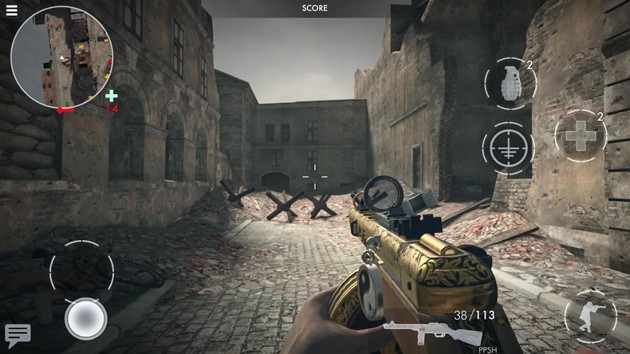 Do you miss playing in a war setting? World War Heroes is a shooting game that takes place in World War II, and contains a large number of competitive multiplayer modes. Enter a bloody battlefield in which you will fight against everyone or in teams.

It has many different weapons, differentiated by rate of fire, damage, and accuracy, and you can customize them with unlockable cosmetics. You can also use vehicles inspired by the US Army, USSR, Japan and Germany, and you will be able to witness 7 historical battles. Your account will level up as you play matches, and with it, you will improve your equipment. Become the star soldier of World War II! 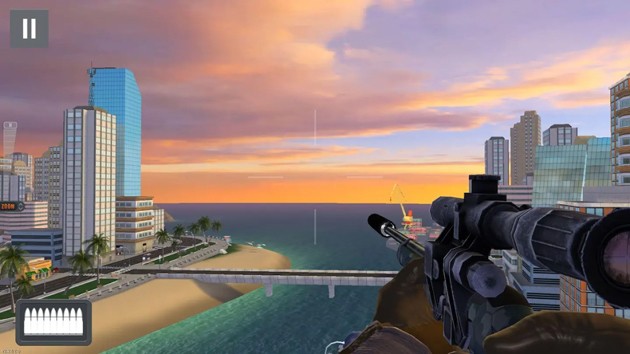 If sniper rifles are your favorite weapon type, this game is more than perfect. You have a whole collection of challenges ahead of you to meet, in which you basically have to prove your ability by eliminating targets. Over time, the tasks will become more complicated and demanding.

Sniper 3D Assassin has two great advantages. The first is that you have tons of quests to complete, and the developers keep adding more of them over the months. The second is the large number of different weapons that you can unlock and use. For that reason, you will always have something more to obtain, as well as having more variety in the choice of weapons. Aim calmly and safely, sniper! 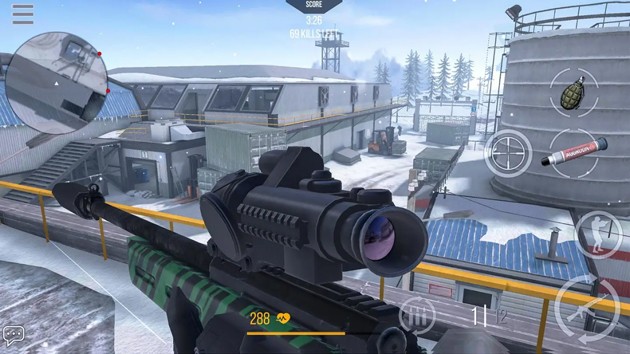 If you’re a fan of Counter-Strike and you’re missing a good game of this type for mobile phones, Modern Strike Online is the best option. Hardly having a rival on Android, this game has several multiplayer modes, including planting / defusing the bomb.

Its positive points are numerous: there are 70 different weapons, more than a dozen maps, skins for weapons, dream graphics, etc. In addition, it also brings the possibility of creating custom games with unique rules. If we add to that that it has an easy and intuitive control, what are you waiting for to be a SWAT or a terrorist in Modern Strike Online? 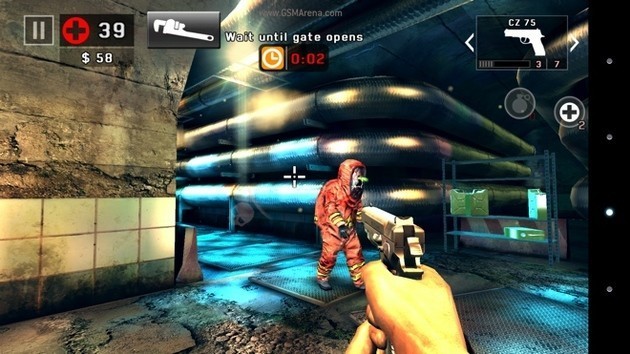 Dead Trigger 2 is your typical zombie horror FPS. You will have to complete main and secondary missions in a world devastated by monsters. The graphics are worthy of a PC game and the scenarios are very different from each other, once you unlock new areas.

Contrary to what happens in the first game, Dead Trigger 2 is not repetitive as both the missions and the zombies are very varied. The gameplay is quite simple but rich at the same time, and the game has various customizable control options.

Shadowgun Legends is a shooting game with many RPG elements. The options to play are only very good at the moment of being able to interact with everything you see on the screen. However, the strong point of the game is being able to play with other people, both player against player (the well-known PvP) and cooperatively.

The raid system allows you to team up with other players to defeat bosses too strong to hunt alone. Just for that, Shadowgun Legends brings a great novelty among the shooters for cell phones. To this we add that its PvP is one of the best in the genre, as there are up to six different options to challenge other players. 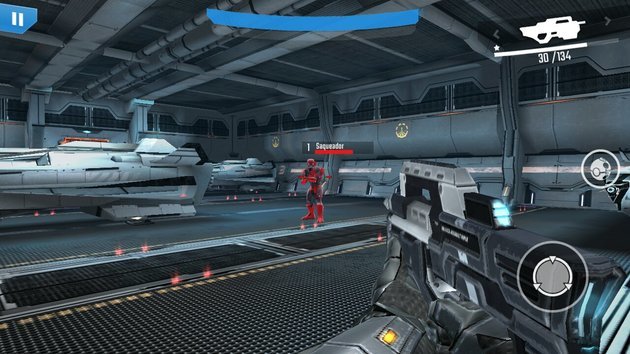 NOVA Legacy is the latest game in the franchise that has come out for mobile phones, a well-known among Android users. The game is similar in style to Halo: an FPS for science fiction lovers, with a futuristic theme, robots, spaceships, etc.

Strong points of this game are excellent graphics and simple gameplay. The solo campaign is good, but you will enjoy the game more in multiplayer. Supports up to 8 players in games on-line competitive and also has several customization options. 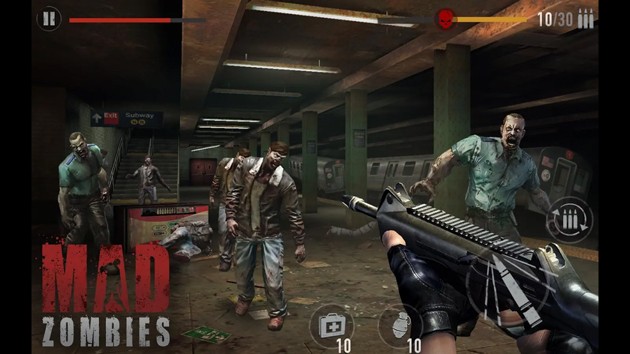 This is another game similar to Dead Trigger 2. If you love the zombie theme, this one is also worth a try! It has a multitude of weapons and phases to complete, with zombies of different types, each one more terrifying than the previous one.

The good thing about Mad Zombies is that you don’t need to be connected to the Internet to play it. Just download it, and you can already destroy infected anywhere! The missions follow a story and in some of them you will face fearsome final bosses that will test your skill. Prove that you are the best survivor in a zombie apocalypse! 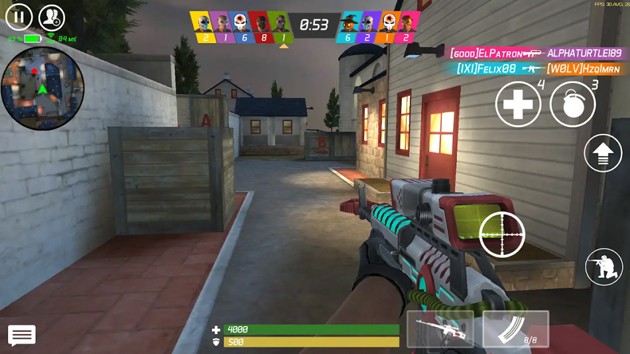 If you want an excellent game, competitive, undemanding for your device and with several modes, MaskGun deserves a try. It is a very dynamic shooter, full of action and invites you to complete a fun list of achievements. In this case, the customization extends to the character, with different masks and protections.

MaskGun includes several multiplayer modes that are quite different from each other, and since there are frequent updates, you will see new content every month. Of course, with this game you won’t get bored, especially because of its friend system so that you and your teammates can be part of the same team. Put on the mask, and win games!

These are the 12 best shooting games for Android. Give them all a chance and enjoy the full action!