Minecraft is a phenomenon that has been on the lips of millions of people. Therefore, many imitators came onto the market. Different games have taken advantage of the same aesthetics and premises of the popular game, to then add some extra elements. A few focus more on action, others on RPG elements or construction, as you will see throughout this article.

Discover these 8 games similar to Minecraft that we have chosen so that you can continue building, destroying and surviving, both alone and in company. You will be able to play with blocks for a long time!

Terraria is easy to describe: it’s a 2D Minecraft, with a lot more things to kill and weapons to forge.

The game lets each player discover for himself how to build things and what items can be assembled. In addition, everything can be destroyed in Terraria in order to accumulate materials and discover secrets. You’ll notice that the game takes place both above ground and underground, so there’s a lot to explore!

Terraria has a day and night cycle, which will change the lighting, enemies and interaction with NPCs. Each moment of the day will be suitable for one type of activity or another, something that you will have to discover for yourself.

The best incentive in the game is to build your own villa. By expanding and upgrading your buildings, characters will appear that will help you with healing, sell better items, among other services. Attentive! They will only appear if you build good rooms, with their furniture, enough space and light. 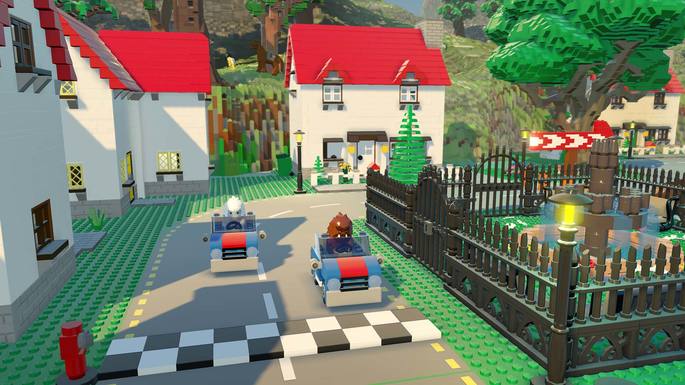 Inspired by the success of Minecraft and the similarities of building with blocks, Lego Worlds brings all the charm and beauty of the toy brand to the virtual world. Here you can do everything you want with the scenery: build, destroy, copy, reshape just the way you want. Lego Worlds is your world!

The game has two main aspects. On the one hand, you can explore the world, complete tasks and gain new abilities. On the other hand, Lego Worlds has a powerful, quite efficient and easy-to-use editor with which you’ll build all kinds of things, as far as your imagination reaches. 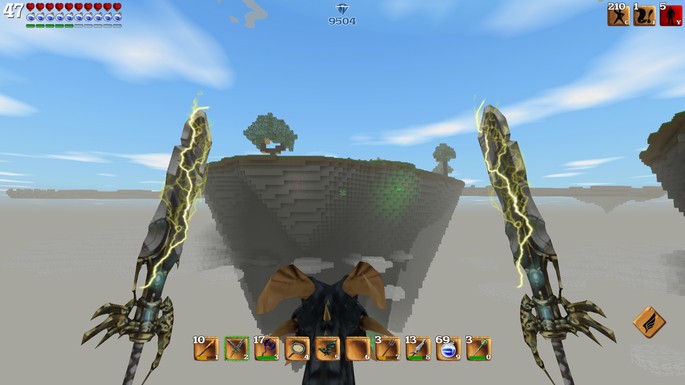 Block Story is perhaps one of the most similar games to Minecraft, but it offers something more thanks to its RPG elements. You will be immersed in a huge world that is open and available for you to edit and build as you wish. All this you will do while fighting dragons, acquiring magical weapons, learning new skills and completing quests. Just like in RPGs!

To this we add that Block Story has a good community that shares textures and mods to customize the game. In general, everything is quite reminiscent of Minecraft, especially the graphics, and it has a lot of content that you will discover every day. 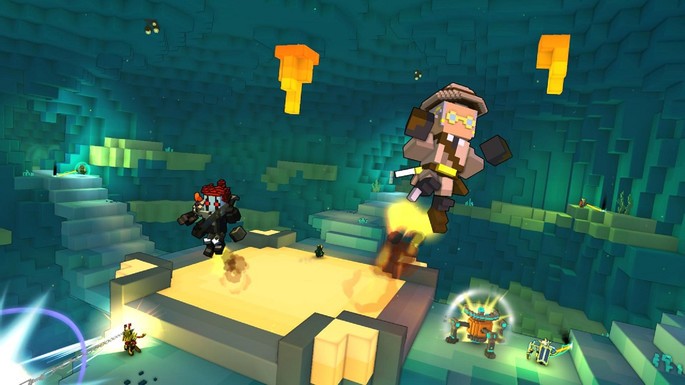 platforms: PC, PS4 and Xbox One.

Trove is yet another game that is a good mix between Minecraft and RPG aspects. It has a vast open world to explore and, as an added bonus, it has an absurd number of customization options. In this way, your character will be unique.

Being focused in the mode on-line, Trove highly encourages players to interact with each other. Many times it is necessary to form groups to better take advantage of everything the game offers, such as the dungeons or the final bosses that are difficult to defeat. This detail may remind you of some of the best-known MMORPGs. 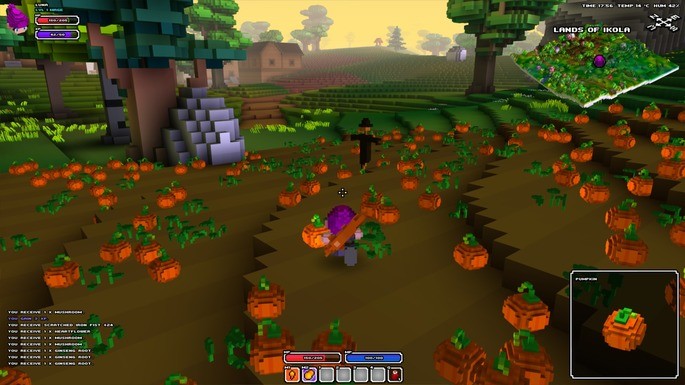 As the title suggests, Cube World follows the same art design as Minecraft. It puts at your disposal a scenario that you can explore at your own pace and wherever you want. However, the big difference is that Cube World focuses much more on character development, not building mechanics.

In Cube World you will focus on leveling up your character, gaining new abilities, equipping better clothes, and exploring the map. By focusing a lot on these aspects, you will be able to choose a class and specialization, something that is very reminiscent of classic RPGs. 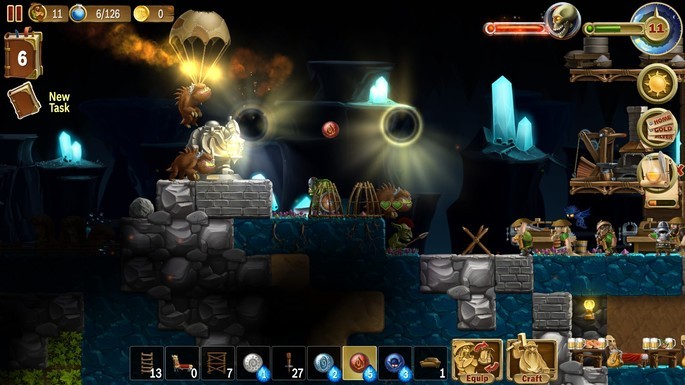 Another 2D game with functionalities similar to Minecraft. Craft the World is also very similar to Terraria, although the big difference is that you are in command of a group of dwarves, instead of just one character.

In Craft the World, you must gather enough materials to build technological gadgets, as well as survive hordes of zombies that attack at night. The goal is to build a portal that will take the party to the next world, where the process will repeat itself. Unfortunately, the game does not bring notable innovations compared to the rest of the list.

Play Craft the World if: 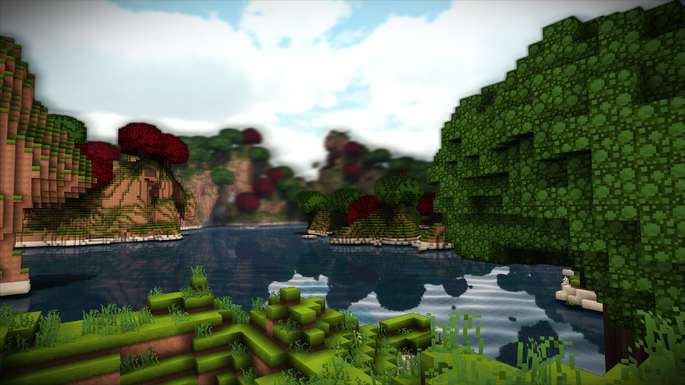 Terasology is a game completely inspired by Minecraft and several people might confuse both games. In terms of aesthetics, the two are very similar, but Terasology opts for a more realistic style. Both the water and the sky feel like the real thing.

The developers considered Terasology as a tribute to Minecraft, so the gameplay aspects are very similar. The mechanics of building and destroying the stage are the same. Even so, Terasology brings novelties such as forming an army of minions to protect your things.

A great point in favor of this game is that it is open source (Open Source). In other words, any player can contribute to the development and expansion of the project, which implies constant news throughout the months. 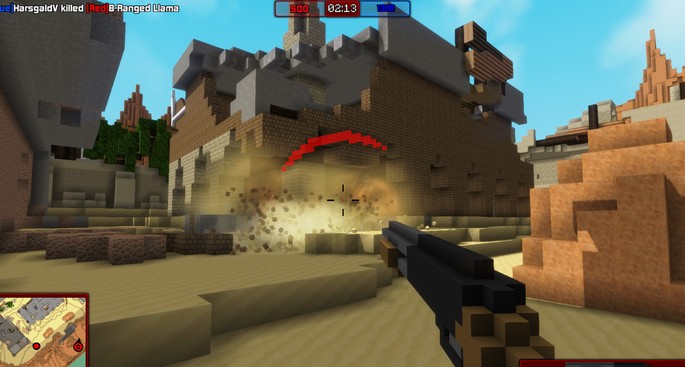 Blockstorm is an FPS (First Person Shooter) that takes place in a world made of blocks. The game allows you to create and edit maps and then share them with other players. The combat options are endless, and the entire stage can be destroyed!

This game follows the same line as most FPS. You will have to form a team with other players and you will have to eliminate the opponents. Blockstorm has different modes, such as elimination, capture the flag, etc, and being able to interact with the entire environment is a breath of fresh air in the genre.

Imagine: you are alone and you find your enemies on a bridge. What can you do? Shoot the bridge and destroy it so they fall!

Also take a look at: