Grand Theft Auto V it’s insanely fun, but that doesn’t mean it’s unbeatable. Welcome back to Los Santos and discover the craziest mods that will take the game to another level.

Zombies, Dragon Ball, Iron Man and Dragons are just some of the additions that you can include in GTA V. Find out what are the 15 mods that we recommend!

What you need to know about installing mods

In most cases, it is enough to copy the mod files to the main folder of GTA V. It is only necessary to enter the directory that contains “GTAV.exe” and place the files you want. However, some of them require programs like OpenIV or Script Hook V to work, so pay attention. Read the instructions of each mod to ensure a smooth installation.

Before installing the mods, remember that none of them are officially supported by Rockstar, the developer of the game. This does not mean that you should avoid installing them, but that you have to be a little careful when including mods in GTA V. We recommend that you create a separate folder with the original game files. That way you can go back to the base game if something goes wrong or you want to play on-line.

Rockstar confirmed that players would not be banned for modding the game for campaign mode. instead to play GTA Online it is recommended to remove all mods before logging in. Otherwise, you may receive a ban! 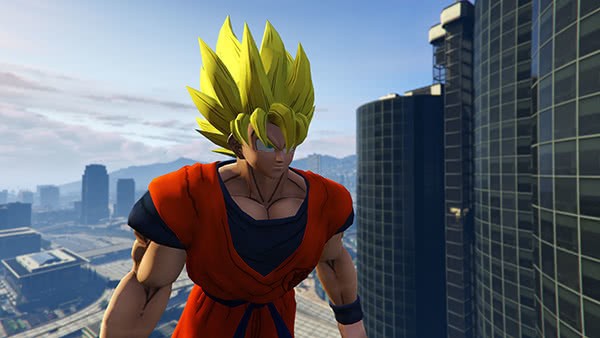 ¡Grand Theft Auto V is the perfect game to unleash your inner Super Saiyan! Play as Goku and experience the mystical adventures of dragon ball throughout the city of Los Santos, attacking all enemies with the powerful Kamehameha. You will be able to fly to all corners and be the new guardian of the Earth. 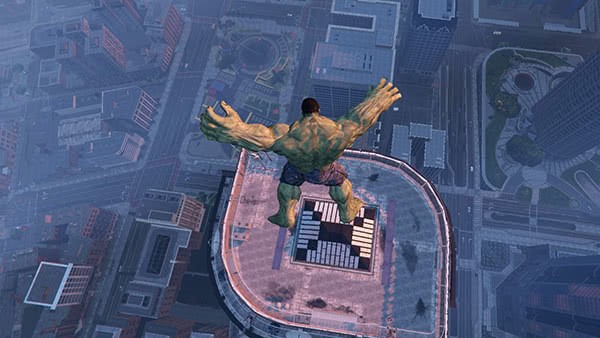 Hulk smash! You can do the same thing with this hilarious mod. Play as the Emerald Giant and spread chaos throughout Los Santos, destroying everything in your path. Unlike with Bruce Banner, there is no guilt with the Incredible Hulk, so he breaks through fearlessly. Besides, how are we going to deprive ourselves of the fun of jumping so high? Not even the helicopters will be safe! 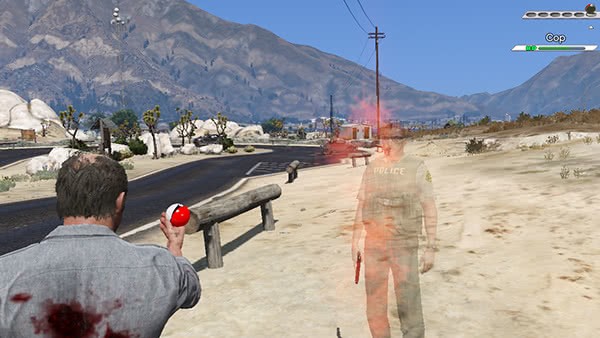 If you are one of the millions of gamers who got hooked on Pokémon GO, then you will love this mod. Poke Ball gives us a very funny experience for those who want to be monster trainers in the streets of Los Santos.

You will have six pokeballs as ammunition, with which you can capture characters and use them to fight by your side. Our advice is to first weaken the NPCs you want to save and then use the pokéball on them. When they are inside it, they will become your allies and fight for you, whenever you need it. 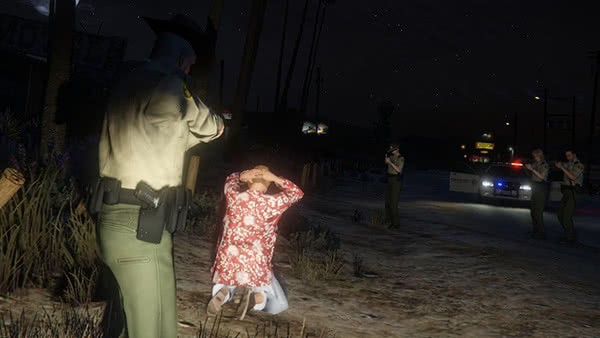 Grand Theft Auto He is known for many things and, among them, is being able to do all kinds of crimes. However, after a life full of actions of dubious legality, how about we become cops? With this mod, you can go over to the side of the law and justice.

Transform your character into a respected policeman and have access to all police force vehicles. Answer emergency calls to fight crime in Los Santos. In a game where everyone wants to be the biggest criminal in the world, be different and put them behind bars! 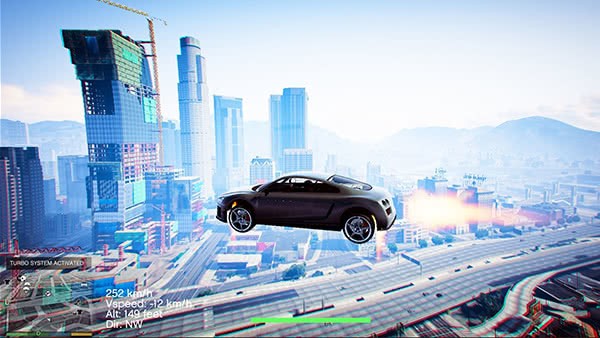 Take a look around you and accept that we are not yet going to have the flying cars that 80’s movies promised us so much. If you seem impatient to try such a vehicle, you can do it in GTA V! With this mod, you will be able to fly with any vehicle to the top and, by the way, you will not have to worry about parking anymore. 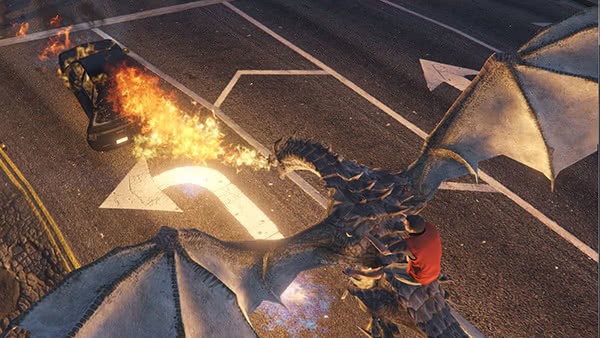 If you want a quick recap, this mod is a wacky version of How to Train Your Dragon for the game GTA V. Yes, you have seen the image correctly: you will be able to be in the loins of a dragon and fly over and raze the city with it. You will be a more fearsome force than Daenerys!

In addition to riding dragons, you can also become one or, better yet, provoke a battle between them. Los Santos will be a city witnessing fierce clashes, and people with special vehicles will come to fight these winged beasts. For all this, you will need dragon models created by Quechus13, which you can find here and here. 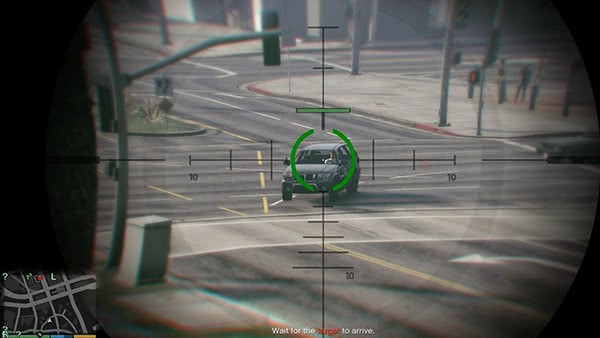 Have you done all the missions in the game? With The Red House, you will have access to more than twenty new missions of all kinds, such as gang fights, robbery operations or assassinations. If you get really bored walking the streets, with nothing to do, don’t hesitate to give this mod a try. 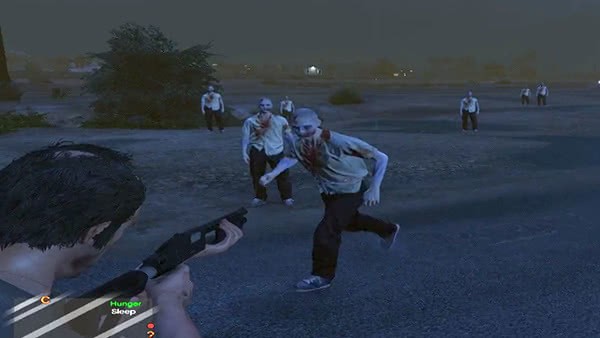 if you love The Walking Dead and everything that has to do with zombies, don’t think twice: install this mod. It will transform Los Santos into an apocalyptic nightmare full of zombies. You must fight to survive and keep your brain intact until the end! 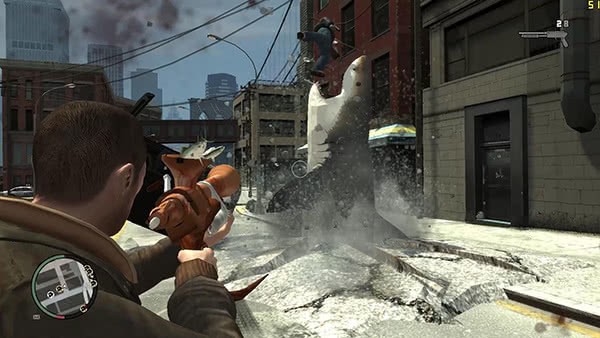 Be honest: how many different weapons have you already used in GTA V? It is likely that you have even experimented with the entire purely military arsenal. But nothing can prepare you enough for what lies ahead with Shark-O-Matic. Draw your weapon, take aim, and spawn a shark eat your targets!

This hungry animal will pop out of your gun and devour anyone who gets in its way. Anyone who dares to threaten you will make the biggest mistake of his life and justice will come at the blow of a sea animal. A very crazy mod but also according to the spirit of this type of game. Who said sharks were only dangerous in the sea? 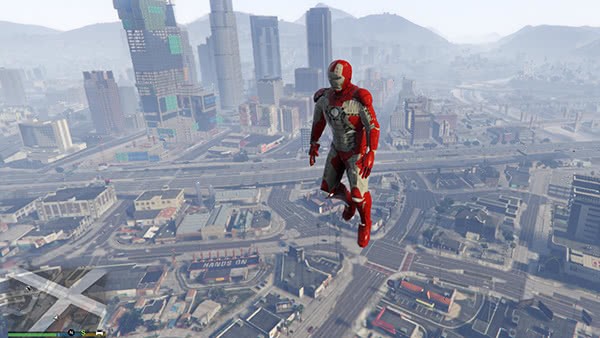 Who of the fans of the Iron Man has not dreamed of wearing his armor? In real life it is a bit difficult to achieve that, but you can experience it with this mod for GTA V. You will be able to go around the city and command respect before the street gangs that disrespected. But that’s over, because “I am Ironman.” 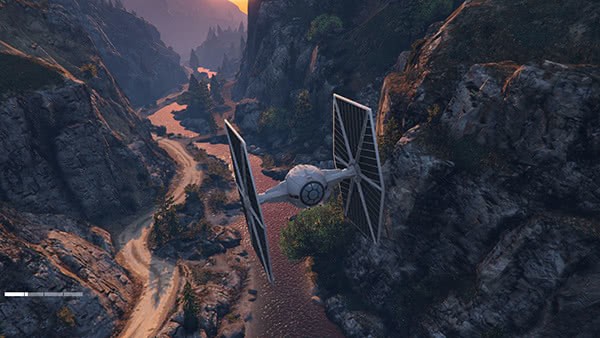 With this entertaining mod, forget about driving normal cars like the rest of the citizens of Los Santos. Thanks to Funny Vehicles, you will be able to be behind the wheel of famous vehicles like the Batmobile, the DeLorean DMC-12 from Return to the future or an X-Wing from starwars. No one will have more style than you!

12. The Army Spawns at Five Stars 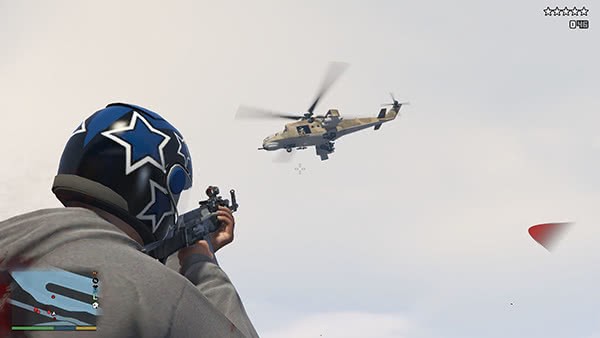 Grand Theft Auto V It breaks with one of the most well-known traditions of the series: when we reach the maximum wanted level, the armed forces of the city come looking for us. that already it doesn’t happen officially, so many players breathe a sigh of relief. Free way to destruction and chaos!

Still, for those who want the thrill of being chased by an army, this mod is perfect. Once you reach the cap level of infamy, your abilities to run from the law will be put to the test like never before. Or maybe you want to tackle them by taking advantage of one of the mods on the list! 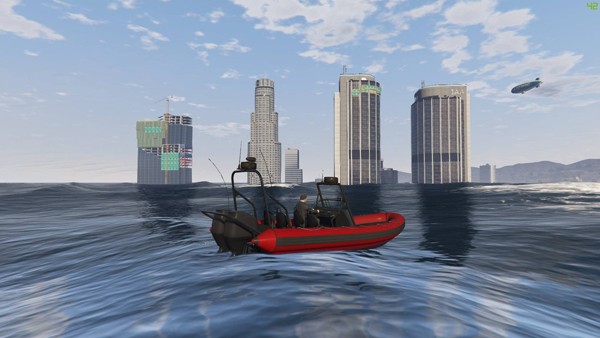 Have you ever thought about what Los Santos would look like without a drop of water? Or how would you deal with a tsunami in the game? With this mod, you can even play in a submerged version of the world, just like Atlantis. In addition, it has an addition that allows you to include giant waves of water, so navigation will be anything but comfortable.

Get ready to live the biggest drought of the saga or to have a waterlogged experience! 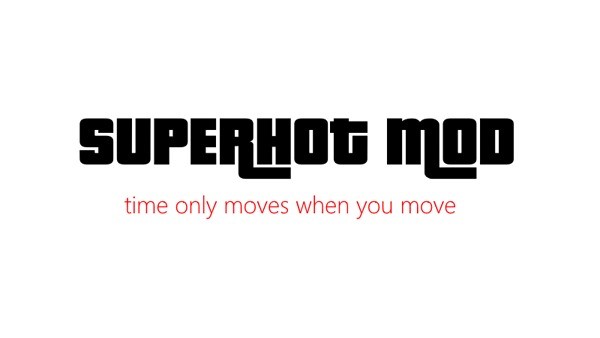 Based on the game of the same name, this mod enables the almost forgotten “bullet time” in a rather unique way. The world only moves if you do, so you’ll have more time to react to your enemies’ attacks.

It is an option that you can Activate and deactivate, so you can play the entire game as normal until you need that edge. Imagine: now fighting many enemies will be easier! Take your time and make the perfect strategy for each situation. 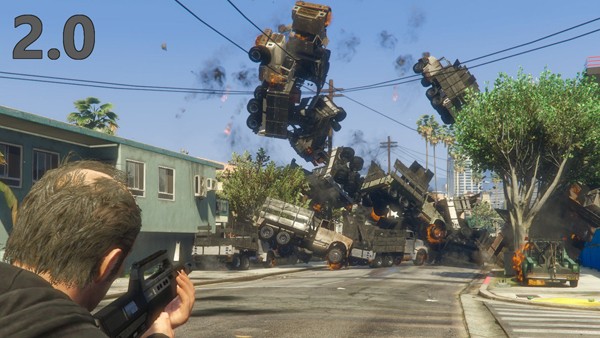 Now imagine that instead of bullets, you shoot vehicles! You can do the same thing with this mod, with which you will flood the city of Los Santos with chaos. The traffic will be a mess in a matter of seconds due to the number of vehicles on the streets, and there is nothing better to escape from the police than throwing cars in their faces. Take trucks!

Take a look at our other articles GTA 5: