Meet in this article some of the craziest and most insane mods you can find in FNF (Friday Night Funkin’). There are murky versions of well-known characters and others that are totally original, but just as strange. These mods usually change both the characters and the music and sound effects. They do not leave anyone indifferent! We attach the links to play these mods from the web browser or download them to your PC.

This mod puts us in front of Weegee, a strange and disturbing version of the character Luigi. After a long duel against Starecrown (another mod we featured in the article), you can see how it affected Weegee. In addition to giving you goosebumps with its looks, the mod is difficult both because of the speed of the arrows and the pattern. Don’t get too distracted! 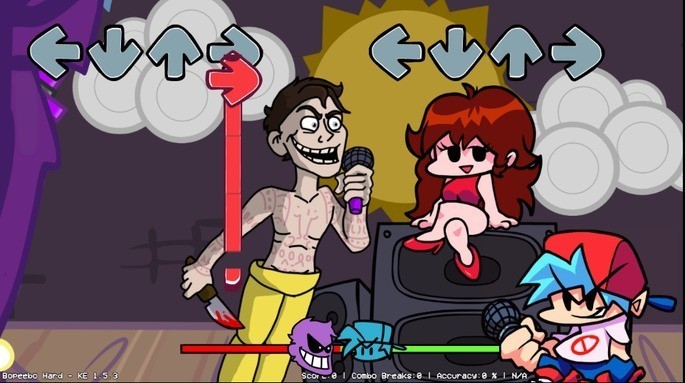 Five Nights at Freddy’s characters invaded Friday Night Funkin’! With this mod you will face the terrifying animatronics. It should be said that the versions of these characters are different in this mod. As you can see in the image above, a psychopath is hiding under the animatronic! It’s a pretty crazy mod, that’s for sure. 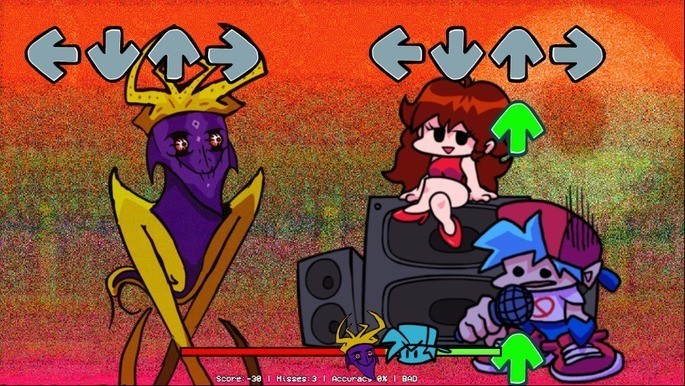 Starecrown is a most disturbing hell clown. From the first second, you will realize that your rival is staring at you and not even deigning to sing a note. What’s more, he keeps his eyes wide open without blinking at any time. Chilling! As if that wasn’t enough, this mod is also one of the most challenging. 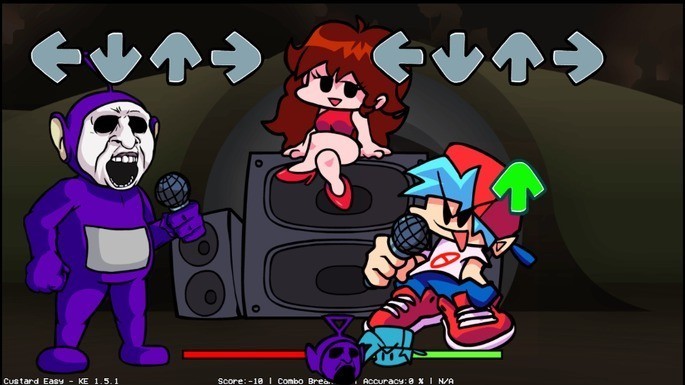 Do you think Teletubbies are cute and harmless? Well, Tinky Winky becomes your nightmare and rival to beat in this mod. The music is somewhat shocking, as it mixes children’s songs with the most demonic sounds. Over the course of dueling, the “Slendytubby” will make sounds that seem more like burping than anything else. 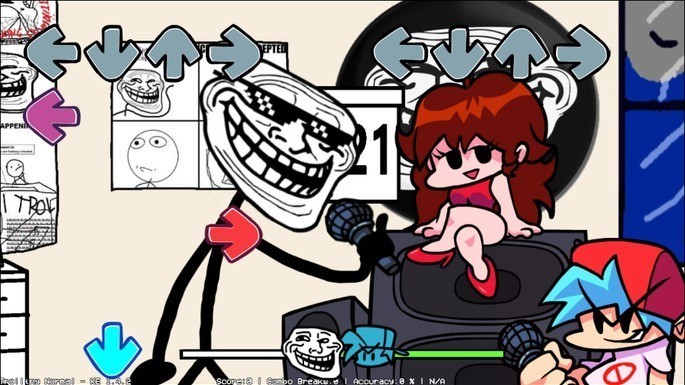 Years ago, the image of the Trollface was tremendously popular and used in different contexts. Now it’s time to invade FNF with this mod! The opponent changes the face or expression to different versions of the meme so popular on the internet. In addition to this, the rival will release moans that sound similar to Peter Griffin, from the Family Guy series. Will not leave you indifferent. 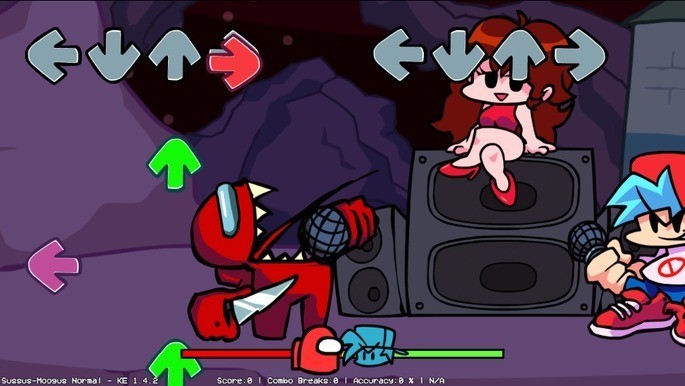 The impostor from Among Us is so ambitious that he wants to unleash his betrayals in Friday Night Funkin’. The next victim is Boyfriend! In this mod, the impostor is openly presented as a villain. He is so sure of achieving his goal, that he doesn’t even pretend anymore! The difficulty is above average and the soundtrack sets the duels as if they were mystery movies. 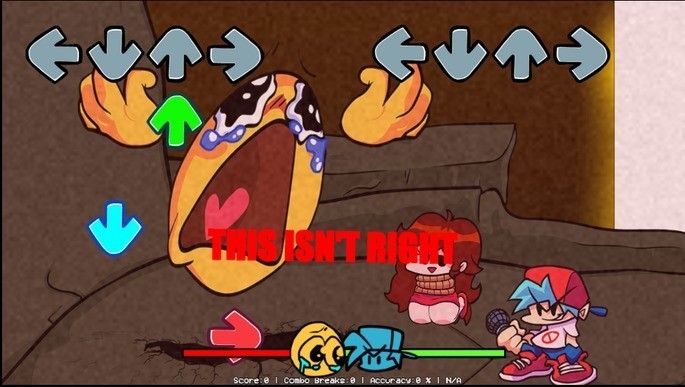 Friday Night Funkin’ vs Crying Emoji is probably one of the strangest mods on the list. The crying emoji we use so much got fed up and took Girlfriend hostage. While crying like a poor loser, you will have to beat the opponent without showing any mercy. After all, the mod is quite difficult. It’s hard to rescue Girlfriend! 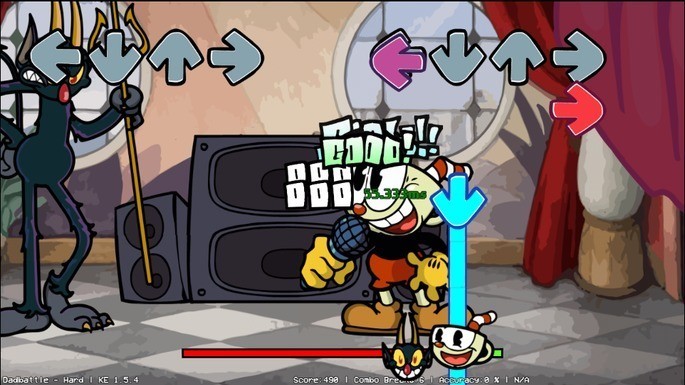 This wacky mod replaces all of the FNF AV theming with Cuphead. Even the protagonist changes! Your mission is to defeat the devil himself in a face-to-face duel, accompanied by a soundtrack that refers to old cartoons. 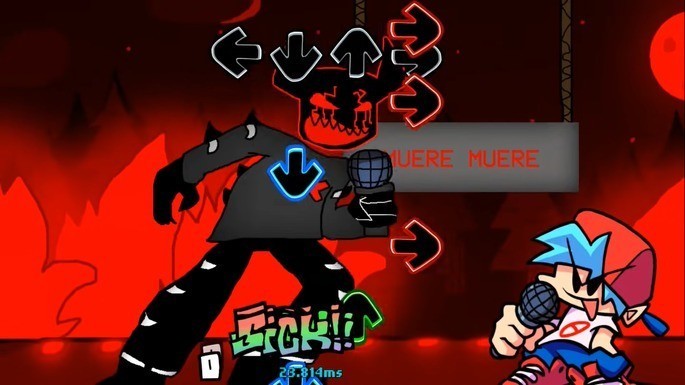 In Friday Night Funkin’ vs Darkon you will enjoy a new story that includes different enemies and songs. All the phases present some innovative element, sometimes insane, such as moving the arrows all over the screen. You must be skillful to win! It’s a big mod, so you have to download it.

Next, extract the contents of the .rar file and launch the mod by double-clicking on the “VS Darkon” executable file. 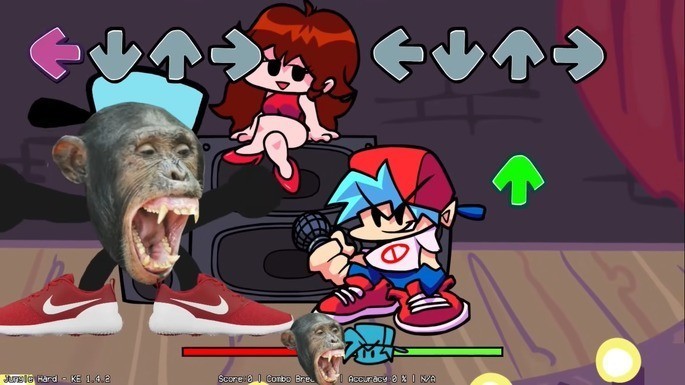 If you’ve wanted to compete against a monkey head in a music duel, this is your chance! This mod literally puts the severed head of a monkey named David, who emits sounds typical of the animal. He has sports shoes, and eye, also rhythm! The music is quite upbeat and the arrows go up very quickly. Even so, the mod is easier than it seems at first. 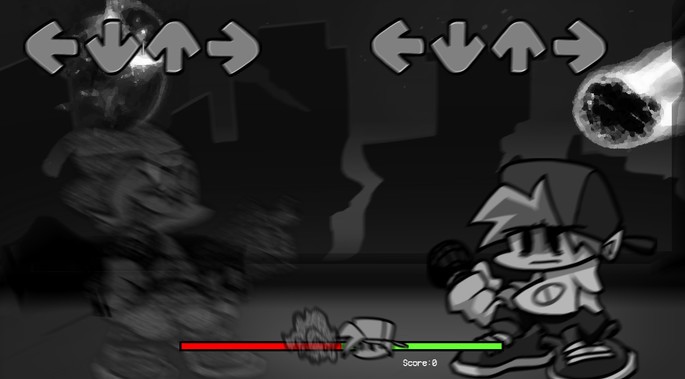 Weeks of Nightmares is a beta mod that takes Boyfriend into a nightmarish reality. You’ll have to help him overcome his fears in phases so disturbing that they make your skin stand on end. The dark tone and absence of most colors perfectly sets the tone for a mod that, as if that were not enough, also touches up the audio in a horrifying way. You won’t wink! 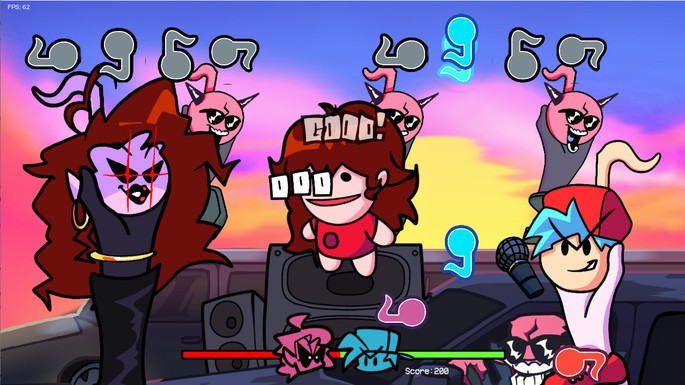 Download the mod here. Click on the “Download” button and extract the contents of the file. To install the mod, you will need the original game and do a copy/paste with the “assets” folder of the downloaded file.

Also take a look at these articles: